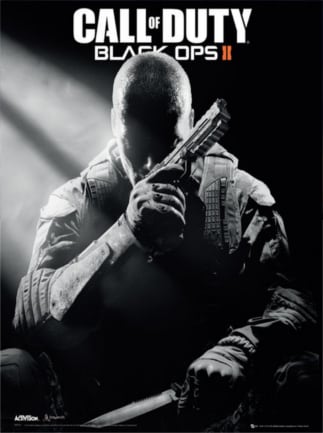 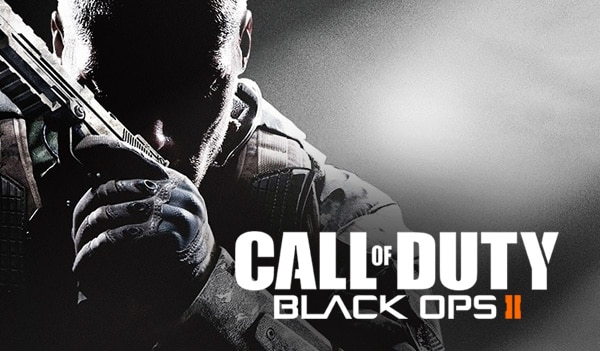 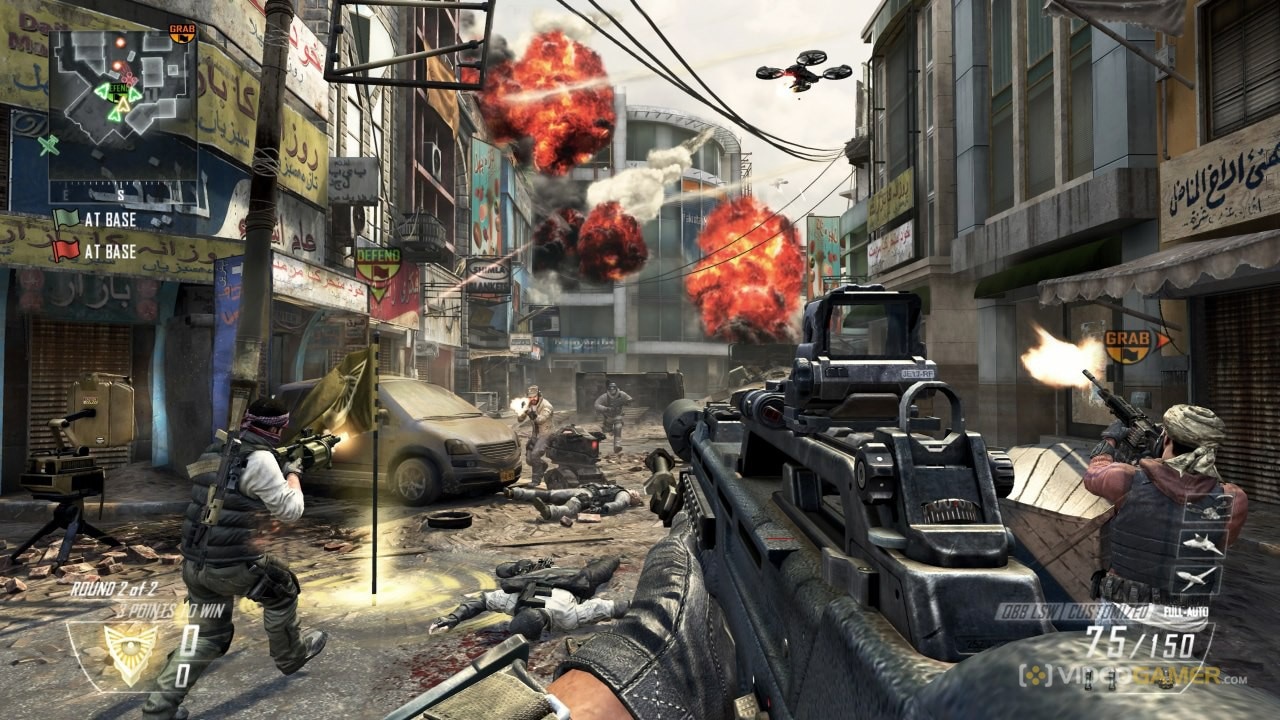 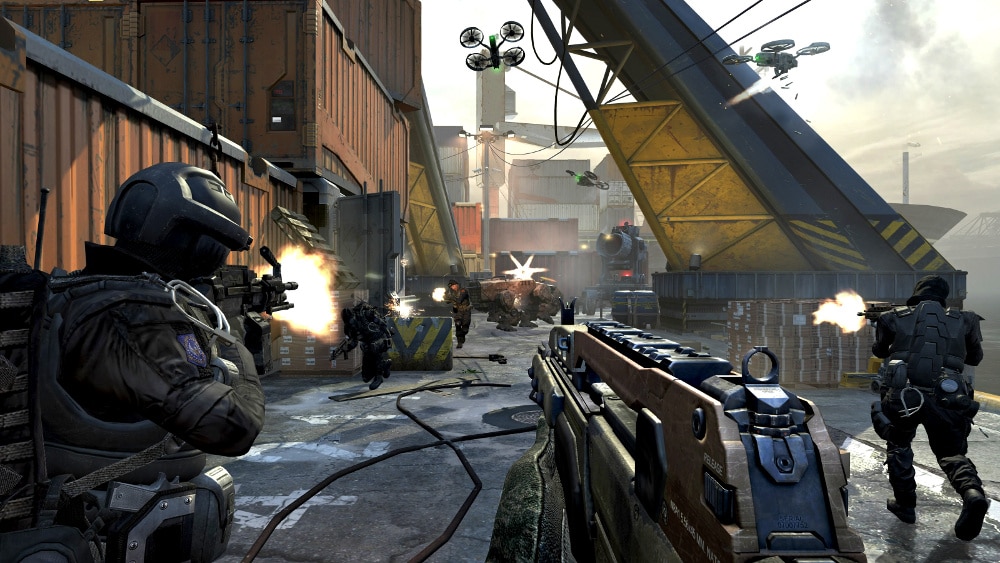 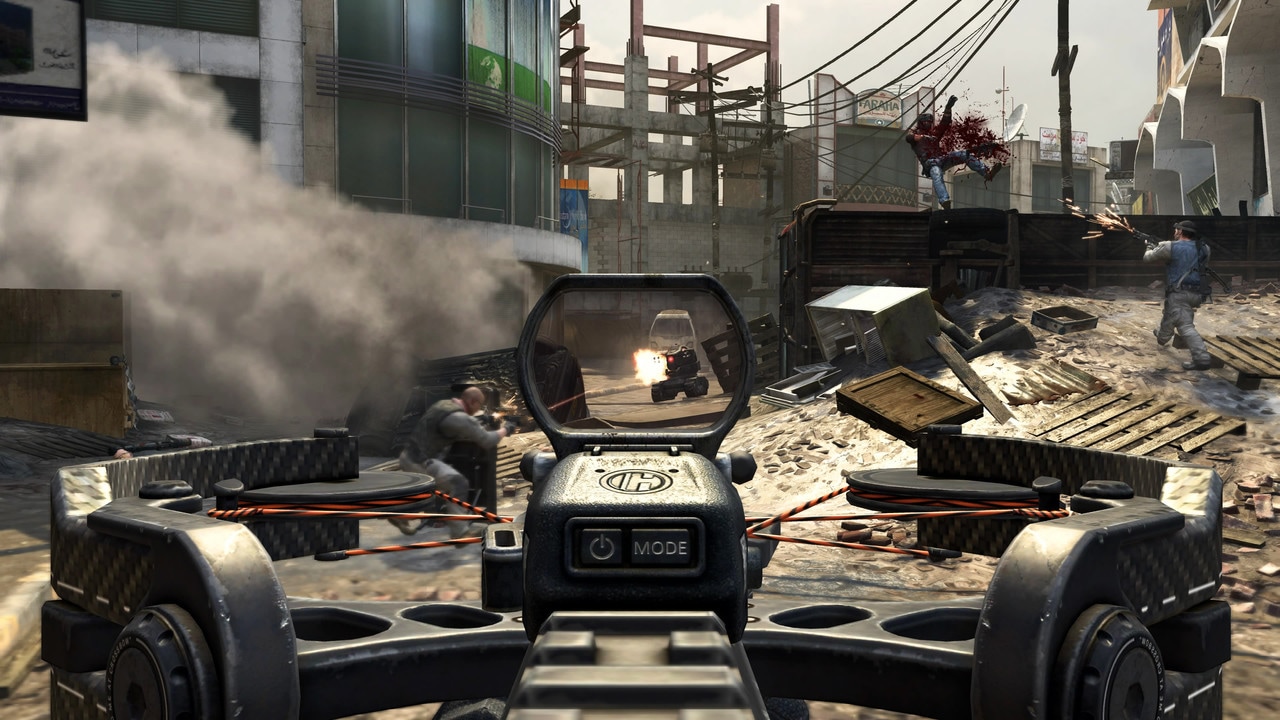 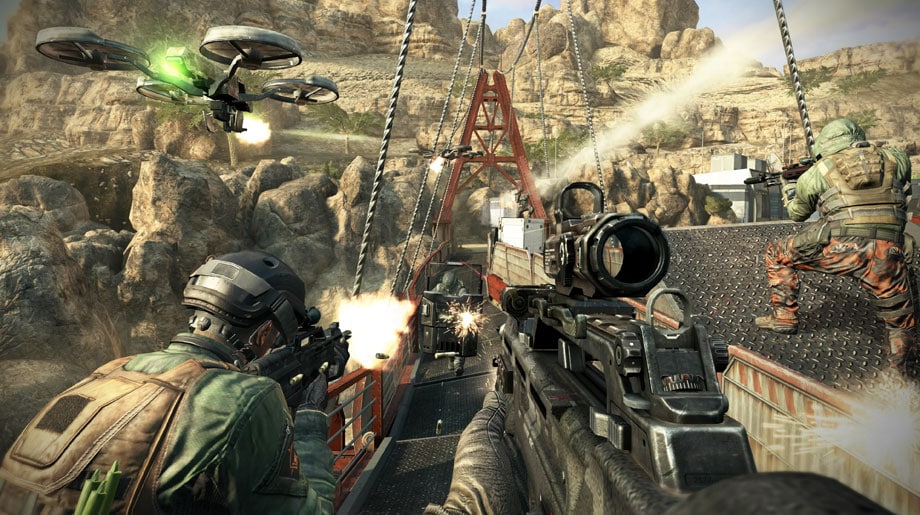 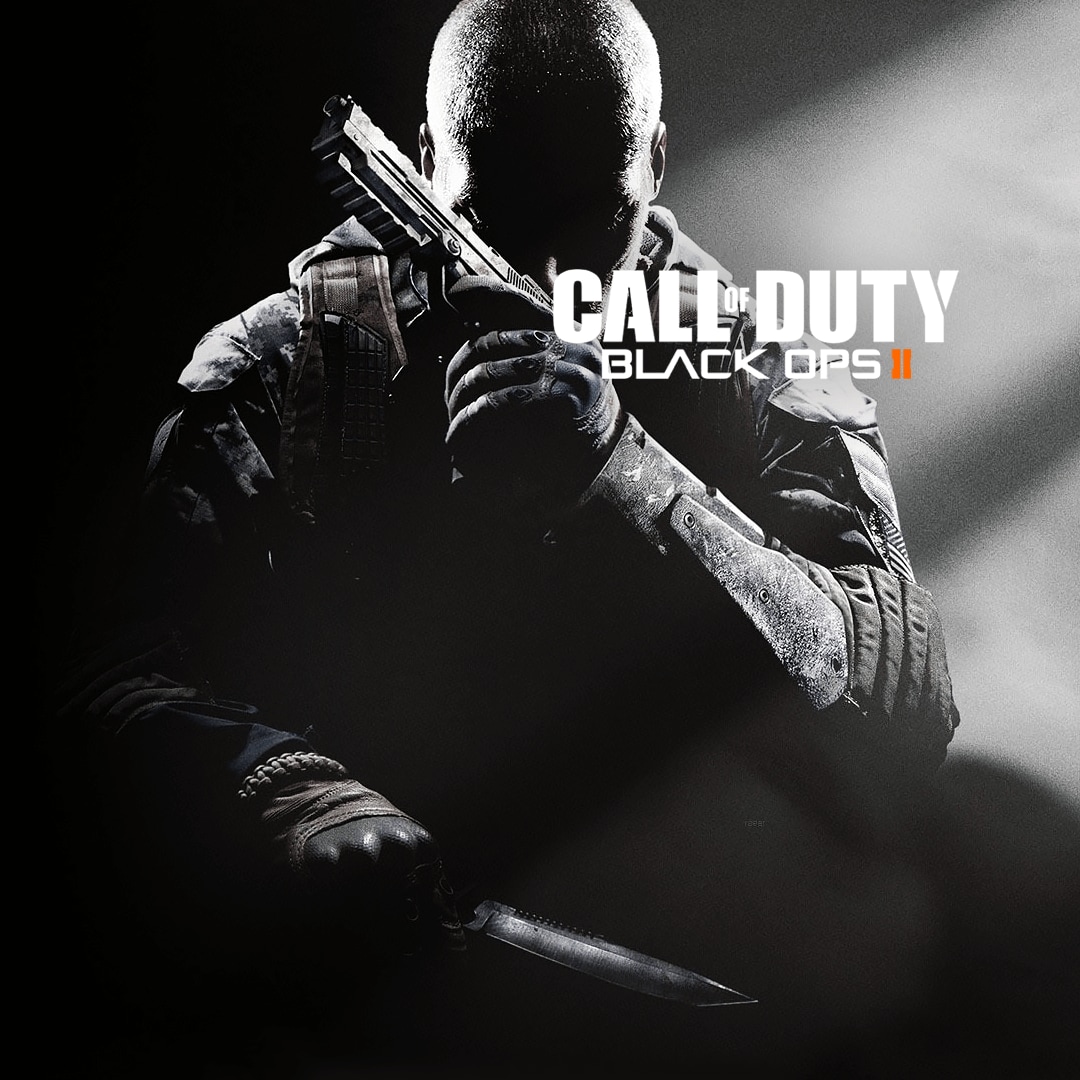 Warning: CoD:BO2 is region locked and CAN'T be activated and played in Germany, Austria and Switzerland.

Call of Duty: Black Ops 2 (PC) is a sequel to the first Black Ops. Developed by Treyarch it follows a non-linear, twofold storyline where actions matter and choices can shape the ultimate outcomes in manners that are not easily visible at first. Black Ops II is an intense first-person shooter set in the 1980s and in 2025. It tells a decades-spanning story of the Alex and David Masons, who inadvertently got involved in all of this.

The storyline of CoD Black Ops 2 is shown through the eyes of the first game's protagonist Alex Mason in the late 1980s and his son David's in 2025. It all follows the life and deeds of one Raul Menendez, who rises up to be the primary antagonist of the game. See his rise to importance and power. The sins of the father come back to haunt the son.

Supporting the double period setting, Black Ops 2 allows you to make vital choices during key story moments. Kill or spare, save, or let die. Every choice matters and influences the final state of the game. Play the campaign repeatedly to witness all six endings and variations. See how your and either Mason’s actions can shape the world for years to come.What will be the conclusion to your story?

Unlike in the past, game subverts your expectations and rewards an inquisitive player.Dive outside the beaten path and experience Black Ops 2 fully.

Gone are the classes of the past. Welcome the Pick 10 system!Pick 10 allows you to fully customize your own Black Ops multiplayer gameplay with numerous perks, weapons, grenades, and more. Craft you own perfect loadout and never look back at the rigid class systems other shooters are so eager to push you into. Use Wild Cards to bend the rules in your favor and be validated by the knowledge all other players do that too.

For the third time in the series the zombie horde mode returns to challenge brave players with wave after wave of decaying dead bodies animated by some malevolent presence.Can you hold your own when supported by other brave players, cooperating or competing for survival? And when the TranZit bus comes in, where will it take you and what will you find there? One way or another, hordes of zombies will be dead before you even figure out your favorite loadout.